Hey, our wiki has just about all Wild World artwork with the exception of the monkeys (specifically Champ, Elise, Monty, Nana, Simon, and Tammi). If possible, I was wondering if you could find existing artwork of the monkeys and higher quality images of some of our other pieces of artwork. No rush at all claiming them, but take your time and thanks in advance for anything you find! --Wookiee123 (talk) 06:01, 14 September 2013 (UTC)

How Do You Have Access to So Many Press Sites?

How Do I Make an Image With Proper Transparency (Meaning Without White Edges)?

I have a question: where exactly might one find these renders (or the press kits/CDs that have them?) I know that they can be in TIFF format on the press discs. I'd appreciate help, thanks. :) Gaz (talk) 18:13, 23 September 2014 (UTC)

Hi. Why did you delete the original file and then move the alt one (which had a slighly different wheel) to the original's filename? --Hiccup (talk) 20:26, 30 November 2016 (UTC)

Hi. The banner you uploaded today is the August Smash Bros Direct. It is missing Ken, Isabelle and Incineroar. 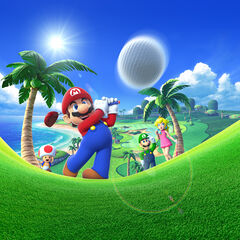