Ya, that was along the lines of what I was thinking.

Ya, I know sorry about that. (I have no idea what I was doing.)

Oh my, I was half asleep and I didn't realise that I was editing the userpage... sorry ;P

Got a question from Shibatamiyawata: "What's the PidgiWiki rule on spoilers? Some of the Layton art does use correct names, but they spoil the plot knowing them. For example, Clive is known as Future Luke until the climax of the story, hence this would be a big spoiler: http://www.pidgi.net/wiki/File:Clive_-_Professor_Layton_and_the_Unwound_Future.png "

Would renaming the files work? If that could solve the issue, then you could move the file itself to a new name, while leaving a redirect from the actual to not break the naming system. That way, unless you KNOW what you're searching for, then it won't be easy to find it. If it doesn't, then a spoiler thing to cover the page before you view it. Otherwise, if those won't solve the problem, then there's not really anything we can do.—★Pika3323 13:43, 25 March 2013 (PDT)

Hey Pika. Sorry about that, I saw it as a supported upload extention, so I assumed that it was acceptable. Also, that file was already exported as a PNG at this file. However, it seemed excessive to upload every PNG variation of that PSD, as there are so many different layers and many combinations which affect the overall image. Is there just an overall rule of "no PSDs", or could they be accepable in certain situations? 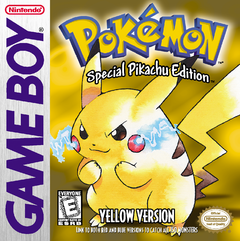