If you enjoy PidgiWiki's content, please consider becoming a patron through Patreon. Help keep us ad-free!

Welcome to PidgiWiki, the Pokémon media repository. Feel free to use any images that you find here, and help to upload images!--Immewnity 14:42, 18 August 2010 (EDT)

Sugimori would be disappointed

PLEASE tell me that you put the original English in, too. And that it isn't a Google Translated one.--immewnitythemew 20:21, 23 March 2011 (EDT)

You got the full guide? Nice! If you don't mind, could you put it in the Dropbox? I understand if you don't, seeing as you had to pay for it. If you don't want to do that, do you mind trying to rip the Iris art? The only ones on the interwebz have a cut off leg. :P--immewnitythemew 22:36, 21 March 2011 (EDT)

You don't resize it; SVGs are vector, meaning that they are a series of lines an planes drawn, not pixels. The only resizing is when in bitmap (pixel) form.--immewnitythemew 19:33, 22 March 2011 (EDT)

What looks awesome? The map? I just got it straight from the eGuide. Do you still want me to put it into the Dropbox? I've got the Diamond and Pearl one too. I've actually contacted PrimaGames and asked them to resolve the low quality of the images. So fingers crossed they might fix the horrible thing thats all over the images.. trust me.. it doesn't make them look pretty :L-- samm :) talk to me 18:26, 22 March 2011 (EDT)

It can't be made bigger. You can change default rendering size, of which I'd like them to be about 600 pixels on the longer side. If you can, try to crop the renders.--immewnitythemew 20:11, 22 March 2011 (EDT)

After were done here

Jello blocked me because I asked her, I was going crazy! Just asking ya to help me with the (long-stupidly-hard-nightmare-ish-job-of) uploading backsprites for HGSS and Platinum. Of course, finish up everything here first.—★Pika3323 18:42, 24 March 2011 (EDT)

Got a spam email from you; looks like your old email got hacked!

Hate to say it, but it happened again. Did you end up deleting the account? If so, there might be more issues to deal with!--immewnitythemew 09:17, 9 April 2012 (PDT)

Literally found it on Google. Looked on the site I found it but it wasn't responding, suprised I could even get the image. Made a rookie mistake and didn't note the site, and I have it so it wipes my history ever day so can't find it. I did spend a lot of yesterday finding RS and DP art but no luck. -- samm :) talk to me 12:57, 31 January 2013 (PST)

While I see what you were getting at, the message you posted was really discouraging. Yes, some of the images were edited, but since we didn't have the images before, they're welcome. If a user uploads a version of an image that is simply edited from the previous version of the image, then yes, that's looked down upon, especially if it is a JPG. However, new content is always good!--immewnity (talk) 16:40, 24 March 2013 (PDT) 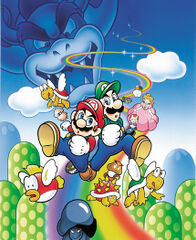