If there are two files that would otherwise have the same name, add "(alt)" to the end of the subject name, e.g. Luminary (alt) - ⁨Dragon Quest XI Echoes of an Elusive Age.png. If there are multiple, add "(alt #)" to the end. Instead of using "(alt 1)", however, just use "(alt)".

To avoid confusion, PidgiWiki will avoid using the terms "form" of "forme" at all when referring to Pokémon, so put the form/forme name in parentheses directly after the Pokémon name, e.g. Toxtricity (Amped) - Pokemon Sword and Shield.png.

This does not apply to regional forms/formes, as a more standardized naming scheme exists. Use the regional name such as Alolan, Galarian, and Hisuian before the Pokémon name, e.g. Hisuian Braviary - Pokemon Legends Arceus.png. Do not retroactively rename Pokémon that get new forms/formes - e.g., just use Rattata and not Kantonian Rattata.

Retrieved from "https://www.pidgi.net/wiki/index.php?title=PidgiWiki:Naming&oldid=118982"
Cookies help us deliver our services. By using our services, you agree to our use of cookies.
44.210.21.70 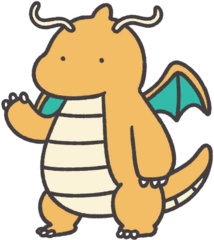