Also, thank you for uploading the artwork from the Pokemon Gallery Collection; the artwork is greatly needed! Just one question: are these scanned by you, or did you find them elsewhere on the internet?--immewnitythemew 07:58, 6 June 2011 (CDT)

I know it sound silly, but can you not put the é in filenames? We've had quite the issue recently with any non-alphanumeric characters, so just replace the é with e. Thanks!--immewnitythemew 08:13, 7 June 2011 (CDT)

Yes, I am uploading all that is on the UK Asset Library(that basically what I already have on the site)And yes I should be I'll change that.--Da braviary (talk) 14:01, 18 April 2013 (PDT)

Strangely, recently Nintendo UK did upload two new logos for EarthBound, but both still had the asterisk(granted the original two versions were a bit broken).Da braviary (talk) 16:28, 27 July 2013 (PDT) 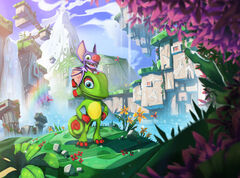